Private excursion to the Exclusion Zone is an excellent option for both one person and a group of people. Also, such trip is a great gift and an interesting, unforgettable experience.

Tour programs are compiled according to the wishes of customers, taking into account all the selected places to visit, time of departure and duration. During the trip you will be accompanied by a professional guide, a worker of the Zone, and an interpreter (if necessary).

There are radiation-hazardous places in the Chernobyl zone, of course. However, the routes in the tour program ARE NOT PRESENTED RADIATION HAZARD with clear compliance with the requirements of the escorts. 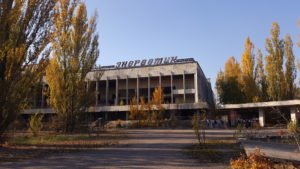 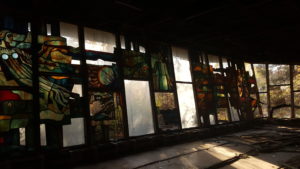 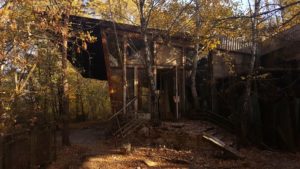 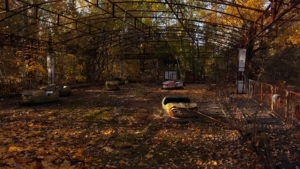 Jointly with you we will tailor the best program to make your visit most informative and truly remarkable!

“Ferris wheel”; kindergarten and school, city pool the town of Pripyat a pier with a flooded dock, a police building with a pre-trial detention center; Town Executive Committee building – the first headquarters of the liquidation of the consequences of the accident; Hotel Polissya, where there was an observation point to adjust helicopter operations over the ruins of the 4th reactor; the hospital that took the first victims of the accident and its liquidation.

walking; inspection of the city and the exhibition of equipment and robots that took part in the liquidation of the accident.

the building of fire station, which crews arrived the second to extinguish fire at the NPP on the night of explosion on April 26, 1986;
building of town council- the first headquarters for mitigation of the accident’s consequences;
hotel “Polissya” which was an observation point for correcting helicopter operations over the ruin of the 4th reactor;
the hospital that received the first victims of the accident and its elimination.

Sarcophagus – viewpoint;
fire station at the NPP, its crews arrived the first to extinguish fire at the NPP after explosion;
park and memorial at the administrative building, where used to be an enormous parking lot where in 1986 thousands of people arrived daily to deactivate NPP;
build the Sarcophagus and other works.

helicopter pad;
place of parking for armored vehicles of radiation reconnaissance;
fire station of Chernobyl town its crews arrived the third to extinguish fire at the NPP at night on April 26, 1986;
exhibition of vehicles which participate in mitigation of the accident.

The rental price of the Terra-P dosimeter is $ 10 per day.

A trip to the Chernobyl zone requires:

Entry into the Zone is permitted only upon reaching the full age of 18.

All participants will be acquainted with the rules of conduct in the Chernobyl zone. And also will sign a document confirming the completion of instruction, absence of medical contraindications for the trip, absence of claim against the organizers of the trip and the administration of the Chernobyl zone for for change in state of health that may arise during or after that trip.

Contraindications for health reasons are: diabetes, cancer and other serious diseases.

It is worth recalling that the Zone is a place not intended for a person to stay, with many buildings in an emergency condition, an unusual environment for an ordinary person. You are solely responsible for visiting the Zone and the possible risks associated with the trip.

Persons under the influence of alcohol and / or drugs, as well as a hangover, are not allowed to travel to the Zone. Complaints are not accepted, registration fee is not refundable.

In one day of a full tour to the Chernobyl zone you will receive a dose of radiation equal to one hour of flight in the aircraft. This is 160 times less than the dose received during fluorography, as well as 3 600 times less than in one examination of CT scan of the whole body!